OUR ONLINE STORE IS NOW OPEN!
GET READY TO STOCK YOUR FREEZER! 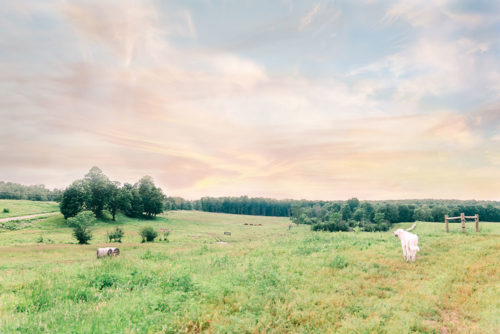 The Farm That Chose Them

Growing up, driving past Spring Cut Cattle Company’s current farm was a common occurrence for Tyler and Doug as they both grew up nearby. Doug grew up six miles from it, and Tyler only three. She admired it often and hoped for something similar one day with plenty of land to grow into. The farm picked them.

While in college, Tyler worked on Tammy’s family farm for the summer. Tammy was Tyler’s best friend and working on her best friend’s family farm seemed like the perfect summer gig. When she started, she realized she would be working alongside Tammy’s older brother, Doug. Quickly their coworker status transformed into a friendship and later into a whole lot more.

Working together was surely a test, but one could say that cows, constant debates and their drive to set outrageous goals brought them together. During that time, Tyler’s struggle with her health led them to look for alternative food choices and it became apparent that regenerative agriculture was something they needed to pursue. 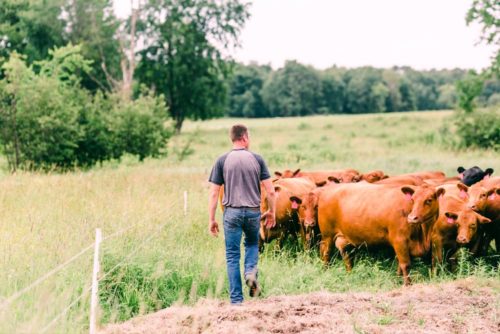 After getting married in October 2014, Doug and Tyler took their wedding gift money and bought four steers to experiment with on Tyler’s parents’ dog training field. Every day, Tyler’s family volunteered to move the cattle while Doug and Tyler worked their regular jobs. They often refer to this purchase as a compromise. Doug wanted to farm and Tyler wanted it done in a way that served their health and the well being of the environment. Regenerative agriculture was their answer. It was a success, and their drive to achieve goals and make progress led them to many influential people that have helped tremendously in their success today.

Lynn Johnson, a retired professor and current grass farmer, set Doug and Tyler up with exceptional grass-finishing genetics and has been such a blessing to them. He is always there to answer questions and help them grow.

Through the process of growing their herd, Doug also owns an electrical business. In June 2016, Doug was doing electrical work for a client, Sue Schley, who lived on a farm, when the subject of purchasing the estate came up. Doug let her know that when she was inclined to sell, she should consider them to buy. Within two weeks, Sue had called Tyler and vocalized that when they were ready, she would love to sell to a family that had hopes of farming and living the type of lifestyle she was able to live on the farm. In October 2016, they moved in and haven’t stopped working towards improvement since. 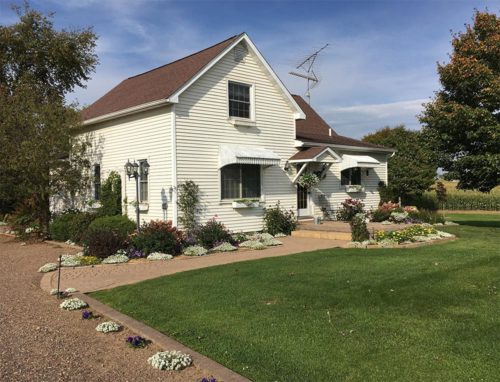 Before Doug and Tyler moved onto the farm, it was a functioning dairy farm that featured a milking parlor, free stalls, outbuildings, etc. The beauty of regenerative agriculture is that the need for buildings and equipment is minimal. As the years passed, Doug and Tyler removed buildings, built fences, added watering systems, and have many plans to improve as the farm grows.

While change is always hard, Doug and Tyler believe they are doing what is necessary to keep rural living alive. In the Midwest today, many dairy farmers are shutting down because the system isn’t designed for them to flourish. The Staneks hope that through regenerative agriculture they can make a life for themselves in a rural community while making a positive impact on the individuals they serve for generations to come.

Shopping for meat has never been so easy!

Spring Cut Cattle Company makes it easy to shop! Best of all you're feeding your family nutritious cuts of meat and supporting local farms at the same time. Choose between a subscription or bundle. Either way, we have many options that will fit your family's needs and budget.

Raised on our farm, hauled to a USDA inspected pro

The benefits to buying SCCC grass-fed AND grass-fi

We strive to be as transparent as possible when it

Our roasts are one of my go-to weekend meals. Thr